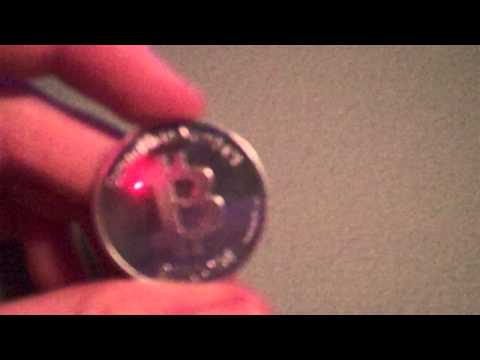 To arms Bitcoin community! Help us to complete this mining installation for the Zürich MoneyMuseum. We are not asking for funds. Only your expertise needed! 20$ tip if you give us the relevant clue to solve or mitigate our main problem. Nice pictures of the exhibition inside as well…

Edit:
A big thank you to all people who helped us we can now mine true pps with diff1! The people in this thread which have helped most have been awarded. I want to mention also the operator of btcmp.com denis2342 and Luke-Jr.
Actually looking at the miner screen in the Linux terminal helped a lot ;-). The pool constantly resigned to stratum with variable difficulty. We can now mine true pps with diff1. Getwork with long polling seems to be default after disabling stratum...
We will probably post again, when there is a video of the installation in action...
Again many thanks. Learned a lot.
Edit:
 First of all, let me tell you that the Bitcoin Exhibition at the Zürich MoneyMuseum is most likely the biggest and most diverse of it’s kind. Please read more about the museum and the exhibition below.
Help us solve the following problem we experience with our “Muscle Powered Proof of Work” installation:
Me and a friend have invested a lot of time to build an installation for the Museum. It is basically a 10GHash/s miner and RapberryPi which is powered by a hand generator (Maxon DC motor with planetary gear). Here are some pictures of the installation, although not entirely put together yet. There are still some changes planned.
https://www.dropbox.com/sh/0qcvl3wu4romhnt/AAAYF08lnVAy6W6KEepE7e2Ua?dl=0
Now let’s get to the core of our problem:
We are mining at the getwork diff1 pool btcmp.com as it is a true pps pool with getwork diff1. The visitors in the museum can power the generator for 2-3min and see directly how many Satoshis the "network" (actually pool but we don't want to confuse the visitors to much at that point) has given the museum for their work. This all works well so far but one problem remains. Sometimes the pool does not get a share from us for more than 40 seconds or even more than 60 in some cases. I have calculated that with 8.4 GHash/s we should find a share about every 0.5 seconds in average (diff1). I think when the pool gets a share it gets all the hashes as it then accounts for several Satoshis. Statistically we get per minute what we should get in theory. We would very much like to lower the time between the accepted shares by the pool, however. This would help to make the overall experience much smoother for the visitors.
Please look at this screenshot from MinePeon and answer some questions:
https://www.dropbox.com/s/lb1jei4trc9kqe5/MinePeonScreenshot.png?dl=0
We see that we get a lot of diff1 hashes. However, only 11 shares/packages have been accepted. The Is there a possibility to set the miner SW so it submits to the pool as soon as a share is found? It seems to send them in packages which sometimes have 4-5 seconds in between but sometimes a much as 80 seconds. I would like to submit packages of hashes much more often. How can this be influenced?
What exactly are the Getworks (GW)?
What exactly are the Accepted ones (Acc)? This is where the TipBounty is. Help us to get a better Acc/diff1 ratio. Best would be 1:1.
What exactly are the rejected ones (Rej)?
What exactly are the discarded ones (Disc)?
What exactly are the difficulty one hashes (diff1)?
Now some of these questions seem very very basic but it is important for us to understand what these are and how we can influence these. We have a 1:1 correlation between the Acc and the pool side acknowledgement of shares/packages. So whenever the MinePeon shows one more for this value the pool value for last submitted share goes to “moments ago”.
Does the miner SW have a setting where we can set after how many diff1 hashes a package of hashes is sent to the pool? If no, do you have another idea why so few are sent? Ideally we would set it so the diff1 hashes are sent every 5 seconds or so, probably even more often.
Is stratum with fixed diff1 possible? If so, would it be better to use stratum?
Are there critical settings if we should know of? (we have tried --request-diff and --no-submit-stale)
We are using BFGMiner on MinePeon if that matters. We could switch to CGMiner if that would help. Any help is very much appreciated. The museum is doing a great job explaining Bitcoin basics. We had special focus on interactive learning and have several things to underline this.
I hope to hear back from you so we can improve our installation. Please don't hesitate to ask if you have further questions. We are both not mining experts.
Thanks for reading and AMA.
SimonBelmond
 Current features of the Bitcoin exhibition at the Zürich MoneyMuseum:
Current Features:
I see this as a good opportunity for Bitcoin, so let’s embrace it. I am especially excited to compare the traditional forms of money which used proof of work to the new money which also uses proof of work. I think in that context it will be much easier for the visitors to value this concept.
A lot of schools and other groups book guided tours at the museum. It is open on every Friday from December 05. On. Entry is free of charge.
Edit:Markdown, typos

Bitcoin Address Collision - How To Use Bitcoins On Amazon Bitcoin Address Collision Casascius Bitcoin How To Create Bitcoin Account Physical Bitcoin by Casascius is great for bitcoin lovers. On this, they can have real bitcoins on hand as their collections. Each coin has its different values and features. Refer to the website and read about different types of physical coin. Also each of them is redeemable and has value in the market. mtech - 2013-12-02 01:55:49 Great if you want to have a physical collectors item. Coin ... Digital money that’s instant, private, and free from bank fees. Download our official wallet app and start using Bitcoin today. Read news, start mining, and buy BTC or BCH. I was given an actual casascius bitcoin minted in 2011 as a tip, and I'd like to know where I can exchange it for US dollars. How would I extract the private key from this coin to gain access to ... This is essentially a compressed way to store a bitcoin private key. Casascius coins small, so the private key is represented by 22 characters printed like this: S4b3N 3oGqDq R5jNux EvDwf To get the real private key, you just have to calculate the SHA-256 hash of the string. There are many online tools to calculate hashes and most linux distributions can quickly do it from the terminal: $ echo ...

How To Buy Gas With Bitcoins

The First Physical Bitcoin Had a Typo and Was Worn as Jewelry - Stefan Thomas - Duration: 1:34. CoinDesk 523 views Physical bitcoins exist; coins minted by numismatic enthusiasts that contain the digital bitcoin within. The most famous physical bitcoin was minted by Casascius from 2011 to 2013 before the the U ... Bitcoin and the crypto market just dumped and crashed? Why? Tune in and find out and have a drink with me! Tune in and find out! Tune in 10:30 am CST every day to learn about Bitcoin, Altcoins and ... #Eidoo #Card #Bitcoin Scarica la 𝐀𝐩𝐩 𝐝𝐢 𝐄𝐢𝐝𝐨𝐨 da questo link: https://eidoo.page.link/41651 fai la verifica fino a Tier2 e ricevi un 𝐁𝐨𝐧𝐮𝐬 di 𝟐 ... August 5, 2013 -- Vladivostok, Russia -- The invisible hand of the market has sent me into a state, a state of shock. Here are Today's MadBits: Bitcoin Prices continued to push the $110 barrier ...