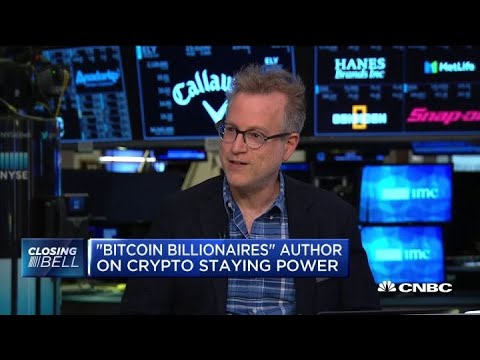 Some suggestions for crypto reading material.

https://bitcoin.org/bitcoin.pdf
I’m posting it because if you haven’t yet I think it’s important that everyone does. Save it, when you have time take a read. A lot of people jump into crypto only looking at charts, price and market cap. I think it’s important to understand the origins of it, not in a biblical sense like some people take it. Satoshi was a revolutionary thinker that changed the world forever. The philosophy behind crypto is subtly embedded in the bitcoin white paper and I get the sense that sometimes the true meaning behind crypto is forgotten, the philosophical value.
While we are on the topic the Ethereum white paper is too long and technical to be considered a must read. You can get the understanding by reading the introduction, bitcoin comparison section and the conclusion. I will post that as well for comparison.
https://ethereum.org/en/whitepape
If you’ve gotten through those and you’re an avid reader I have a few books I would recommend.
Bitcoin Billionaires was a very good book. Highly entertaining while also helpful to understand the story of Bitcoin. While told focused around the Winklevii who better to be the focus than the biggest whales in the game. Everything from Facebook, Mt Gox, parties, court rooms, prison and a success story for not only the Winklevoss twins but the story of the success of Bitcoin.
https://www.goodreads.com/book/show/41433284-bitcoin-billionaires
The Infinite Machine is sort of the equivalent for Ethereum. It is all about the origin story of Ethereum from birth to boom including the known characters and some connections maybe unknown to some. I would actually suggest reading this instead of the white paper. Camila Russo does a great job breaking it down in a way that can be understood. I also follow her Defi podcast The Defiant.
https://www.goodreads.com/book/show/50175330-the-infinite-machine?ac=1&from_search=true&qid=W903QklCOW&rank=2
Mastering Monero, opinions of the coin aside, is very much worth reading. You will have a better understanding of privacy as a whole, not just privacy of Monero. From banking system explanations to dark web usage, or lack thereof, is covered in the book. It’s written by Monero users for Monero users and non Monero users. The Bitcoin mentions in the book aren’t FUD but instead written factually. It’s an easy enough read and it’s also available free or by donation. I donated for it but the PDF isn’t hard to get to.
https://masteringmonero.com/free-download.html
For the futurists, the dreamers and the hopefuls there is Blockchain 2025 written by Jared Tate. He speaks his mind and is honest as the sky is blue. He wrote the book not to promote DGB but moreso to discuss the role of blockchain beyond just cryptocurrency in the future. I’ve only just started it but so far it’s a good read.
https://blockchain2035.com/
Another one, not crypto related, is The Wolf Of Wall Street by Jordan Belfort. “People don’t buy stock; it gets sold to them. Don’t ever forget that.” I also always reflect on the Mathew McConaughey movie monologue when I read the expert traders or see them on YouTube. It’s valuable to understand how the sharks in the system feed on the minnows.
Do you have any reading suggestions?

What is a Crypto Whale?

The Winklevoss twins have predicted that the value of bitcoin could go up another 20 times from its current price. Speaking to Fox Business, Cameron and Tyler Winklevoss, who have been dubbed the ‘first bitcoin billionaires,’ challenged the digital currency’s critics to ‘put their money where their mouth is.’ During the interview, Cameron Winklevoss said that they believed that the ... The twins once bragged that they owned 1% of all Bitcoin, which amounts to approximately 1.5 million coins in all. They have reportedly not touched any of their holdings; they’ve just watched ... Cameron and Tyler Winklevoss, the twins who turned money from a settlement with Facebook’s Mark Zuckerberg into a Bitcoin fortune, said they suspected Mr. Shrem had actually been spending ... The Winklevoss twins —the founders of the regulatory compliant Gemini, are convinced the U.S. dollar is no longer a reliable store of value. Instead, their confidence is on Bitcoin. Gold and Oil as Store of Value Assets On Aug 27, the Winklevoss twins penned an article detailing why the digital asset may… At 45 times its current value, that’s a whopping price tag of $540,000 USD per Bitcoin. Why Other Assets Pose Fundamental Issues. In another section of the same blog post, the twins argue that gold, oil and US Dollar currency all have fundamental problems that contribute to the idea that Bitcoin will be a much bigger part of the future as a store of value than most old-school investors ...

Ben Mezrich joins CNBC's "Closing Bell" to discuss his new book "Bitcoin Billionaires." Dec.12 -- Tyler Winklevoss and Cameron Winklevoss, co-founders at Gemini, discuss the positives of bitcoin, the cryptocurrency's potential to disrupt gold, a... For tutoring please call 856.777.0840 I am a registered nurse who helps nursing students pass their NCLEX. I have been a nurse since 1997. I have worked in a lot of nursing fields and I truly love ... Gemini crypto exchange founders Tyler and Cameron Winklevoss said that Bitcoin ( BTC ) will eventually hit $500,000 per coin during a recent interview with p... They became famous as the privileged pair of Harvard athletes who believe Mark Zuckerberg stole their idea for Facebook. Now, entrepreneurs Cameron and Tyler...